To the greatest creators of the past and some of the most promising talents of the present, nature has proven to be one of the most revered muse ever known to man. 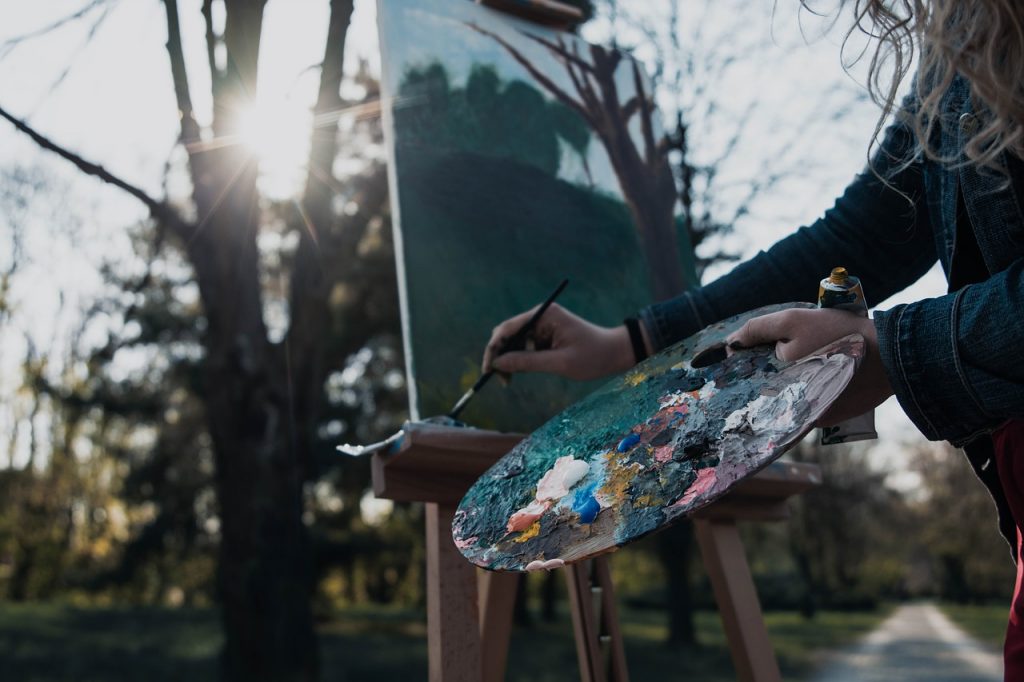 As long as art exists, artists have always been fascinated by nature. Besides an endless source of inspiration, they have always used natural means such as wood, coal, clay, graphite and water to create their masterpieces.

Vincent van Gogh sold only one of his paintings during his lifetime , he was one of a kind. He was able to convey such aspects of nature as simple flowers, giving them new life on his canvases. One of these works – “Irises”, especially impresses with its vitality, because flowers can be practically felt. Another world genius of art, Monet, drew inspiration from the natural world.

The series of his works “Water Lilies” is a stunning example of the impeccable play of shadows, light and water, as well as a “portrait” of his garden in France. Flowers have been one of the main themes of Monet’s work for the last 30 years of his life, perfectly illustrating how immense the influence of the beauty of nature on us, as well as on the imagination of people of art, is.

Contemporary artists that are inspired by nature

Mary Iverson an artist living in Seattle, Washington. She gets inspired by the incredible beauty of nature around her. Her stunning paintings offer a fairly modern take on traditional landscape art: Mary draws famous monuments and national parks in the United States. Most of her inspirations were places like Seattle Harbor and Mount Rainer, North Cascades National Parks and Olympic National Park.

Having Trouble Picking a Lacrosse Stick?
Read this guide and find the right one for you –
https://fidgetsguide.com/best-lacrosse-sticks/

Mary’s work has appeared on the covers of Juxtapoz magazine in 2015, as well as in the Huffington Post, Boston Review and Foreign Policy magazine. The artist works closely with a number of galleries in Germany, France, the Netherlands and the United States, and teaches visual arts at the Skagit Valley College in Mount Vernon, where she shares her love of nature with her students with undisguised enthusiasm.

Artists have been inspired by nature throughout their lives

British wildlife artist Jonathan Sansbury is renowned for his prodigious talent for capturing fleeting wildlife scenes. Observing and painting various scenes for most of his life, Sansbury became a master of watercolor painting and a style that combines the techniques of drawing with charcoal and watercolors, breathing a sense of real movement into his work.

In addition to capturing the very essence of countless scenes from nature, Sansbury manages to write nature in a metaphorical cut, making references to our daily life. Jonathan’s work can be admired at the Wickham Gallery in Stockbridge, the Strathherne Gallery and the Dunkeld Exhibition Center.

Despite the fact that every day our world is becoming more and more technological, there is still not so much that can inspire art geniuses as nature does. From a rose petal gently falling to the ground, to a powerful eagle falling like a stone in pursuit of its prey, all these manifestations of nature will not cease to fascinate and give inspiration, turning into outstanding works of art.